Stabilization of a Military Airstrip in Afghanistan

A military base in Central Afghanistan was experiencing problems with their landing strip, which was unpaved and causing severe dust problems during landing and takeoff.  The runway base consists of the local clayey soil and during the rainy season the surface ruts and also becomes very slippery.  The runway is used mainly for Hercules C130 supply aircraft and these conditions make landing on the runway difficult and dangerous.  Flights would have to be suspended at times, due to the poor condition of the runway.

The Military decided to try to remedy this problem by stabilizing the runway.

To achieve this, the main consideration were:

These factors led to the consideration of using a liquid soil stabilizer like CBR PLUS which is a highly concentrated liquid treatment medium and as result could be flown into the location on one flight together with the personnel to complete the operation.

Although the initial proposed treatment method was to scarify the surface or to haul in a suitable layer of soil and to then apply the stabilizer, it soon became apparent that these options would not be suitable, as there were numerous daily flights in and out on the runway.  This method of construction of the runway was therefore not possible.

The ability to spray apply the CBR PLUS / water mixture straight onto the surface in low dosages and repeated applications proved in the end to be the best solution.  This process was completed without having to delay or interrupt flights and the desired results were achieved.

Shortly after completion rains set in for three days non-stop, with the runway hardening and being solid enough for the planes to continue using the airstrip. The runway was then also compacted with a vibrating roller compactor, to leave hard dry surface.

Dust has been reduced significantly as well. 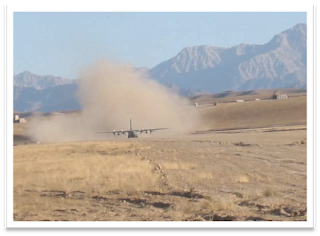 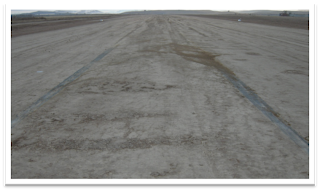 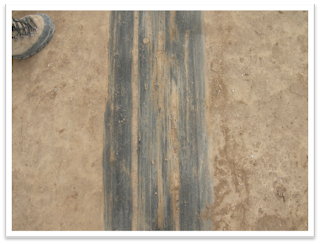